Let’s be honest, until recently Drake wasn’t typically associated with entrepreneurship. Drake gets more credit for his emotional intelligence, his exes, and various celebrity crushes than he does for his entrepreneurial aptitude. However, if you listen closely, Drake has been sharing his vision and knack for entrepreneurship throughout his career.  His meteoric rise is a prime example of his business acumen. Drake’s success as an entrepreneur is part of why I’ve been such a fan and part of why I look to him as a role model. While Drake’s music can be full of lessons of things to do–or not to do–in relationships, if you listen closer you’ll see that Aubrey can teach us a little something about business as well.

Start with a vision and build it over time

One trait that separates legendary CEOs from the rest is long-term vision. The world’s greatest leaders have a vision and they have a plan to bring it to life. 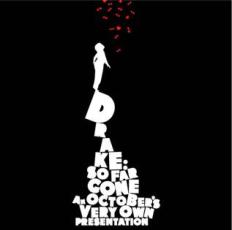 Despite rumored feuds with Common, Pusha T, Chris Brown, and Kendrick Lamar and a very public feud with Meek Mill, overall Drake is one of the friendliest figures in hip-hop. Despite his staunch claim of “no new friends”, Drake’s Instagram feed tells a different story.  Aubrey is quite the networker, rubbing shoulders with fellow artists, crown princes, supermodels, athletes, and business executives. 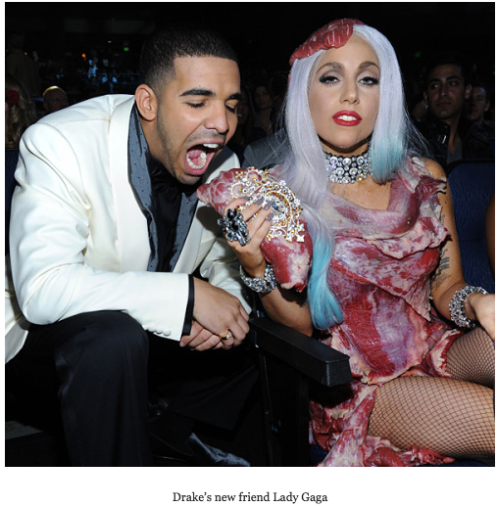 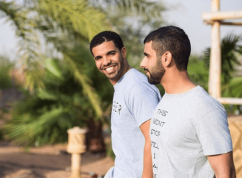 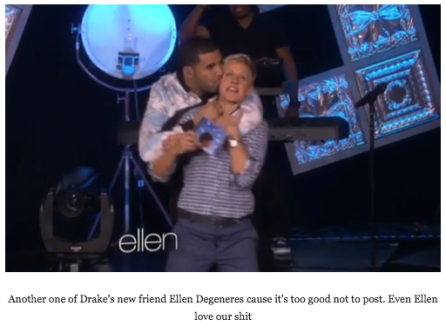 His new friends and displays of affinity for his contemporaries have earned him a reputation as a groupie. However this characterization falls short of the bigger picture. Drake is one of hip-hop’s best collaborators. Throughout the course of his career he’s collaborated with a variety of artists to craft his sound, enhance songs, and push his abilities. His earliest mixtapes feature collaborations with Nickelaus F and Trey Songz. Although very different, they both contributed to Drake’s success. In working with both artists he gained insight into how to navigate the industry, how to craft songs, and they each helped him hone in on his voice. His work with Lil Wayne earned him valuable mentorship, a record label and credibility. Drake ascended off of the heels of what was arguably Lil Wayne’s dominance over the hip-hop scene. Keeping up with the self-proclaimed best rapper alive on multiple tracks and in enough cases outdoing him, gave Drake the stamp of approval listeners would need to take him seriously. Since his ascension, Drake has collaborated with artists like Rick Ross, the Weeknd, Skepta, Future, Sampha, Wizkid, Rihanna, Kanye, Jay Z, and Beyonce to name a few. Through these collaborations he has been able to push the boundaries of his creativity, stay in touch with what is on the cutting edge, and help other artists reach a wider audience.

While it’s essential to build your own brand and platform, it’s equally important to capitalize on opportunities to grow. Drake has also done this outside of the recording studio. His brand, October’s Very Own has grown through collaborations with other reputable brands– Canada Goose, the Toronto Raptors, and Jordan Brand, and Apple to name a few. Each lending their reputation to give OVO credibility as a household brand name in hip-hop. 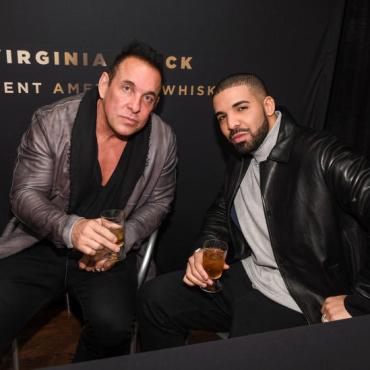 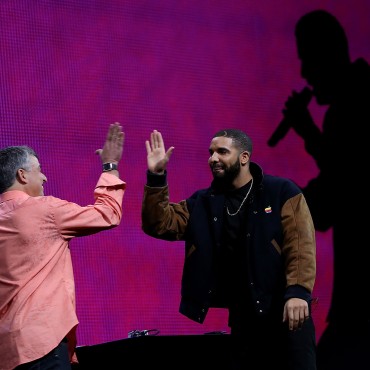 Leverage Your Talents to Promote Your Brand

Before Drake was known for his rapping, many knew him as Wheelchair Jimmy on Degrassi. Initially, fans of Wheelchair Jimmy were surprised to learn that he could rap. His role on Degrassi is one of the biggest hurdles he had to overcome to be taken seriously as a rapper. Over time Wheelchair Jimmy became a distant memory until he reminded us of how comfortable he was behind a camera with his 2013 SNL appearance. Most rappers would not fare well in hosting SNL. The skits require participants to let go of their carefully crafted self-image and get out of their comfort zone for the sake of fun and entertainment. In other words, one can’t take themselves too seriously. 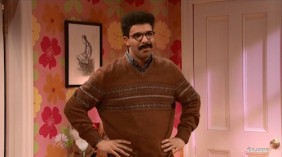 Drake’s performance took him to new heights. Drake participated in SNL as a host, actor, and as the evening’s performer. He leveraged all of his widely recognized talents and showcased some new ones. As the Los Angeles Times said in their review: “Drake showed he had a deft comedic hand on Saturday”. Drake impressed many the following year when he hosted the Espys. Most recently in 2016, his home city of Toronto hosted the NBA’s All Star Weekend which most certainly felt his presence.

While Drake is known best for his musical abilities, he doesn’t let his other talents go to waste. He uses them to promote the flagship of his brand. Additionally, by tapping into these different talents, Drake is maximizing his outputs. If you remember from an earlier post, increasing the quantity of your outputs maximizes the quality of them as well.

This makes for the perfect segway to the final lesson from the Aubrey school of Entrepreneurship. Maximizing outputs is no easy feat, it requires hard work. What separates habitual winners from one-hit wonders is often the consistency of their work ethic: the deliberate practice of their craft and the subsequent performance that comes as a result. Drake has one of the strongest work ethics in hip-hop. Since 2009, Drake has consistently satisfied his fans’ desire for new music and fresh releases. This is especially important in the digital age where attention spans have contracted and the speed at which information spreads has accelerated.

Drake released “So Far Gone” in 2009, “Thank Me Later” in 2010, “Take Care” in 2011, “Nothing Was the Same” in 2013, “If You’re Reading This It’s Too Late” and “What A Time To Be Alive” in 2015 and “Views” in 2016. In each of the gap years between albums, Drake continued to release music of his own while securing a number of features with other artists. This has made him a fixture in the music scene and it he has made it impossible to forget him. In addition to his music, his work on his other projects is is further proof of his work ethic.
Drake’s combination of talent, vision, new friends, and work ethic have propelled him to appearances on numerous Forbes Lists: 30 Under 30, Hip-Hop Cash Kings, and most recently, the Forbes Five. Drake is one of hip-hop’s most popular and most polarizing figures. We may doubt his ability to write his own rhymes, we may call him pop, we might say he’s soft because he is so vulnerable with his feelings, but we can’t deny that he is one of hip-hop and pop culture’s most savvy entrepreneurs.